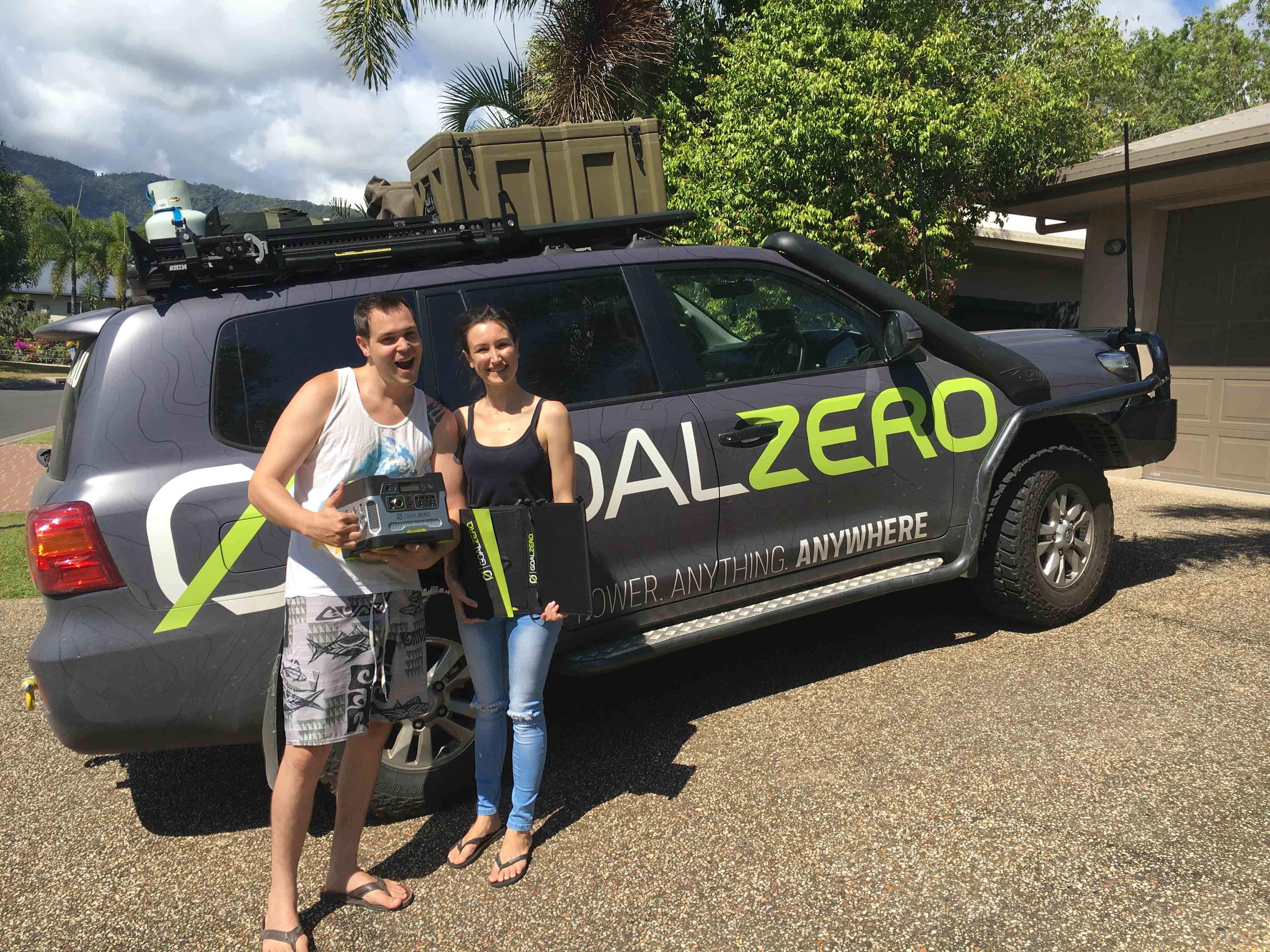 So, how the story starts, it starts with a wife called Merolyn and a husband named Bryce….Over the last weekend Merolyn placed a surprise order for her husbands birthday  in the coming week with Action Gear Australia, one of our retailers for Goal Zero. She was looking for something that would totally surprise him and knock his socks off, and Goal Zero portable solar power was the perfect gift.

Action Gear sent through an email for a usual order it went something like this, “May I please order have a Yeti 400 and Nomad 20 and it needs to be in Cairns for a birthday present on Friday.” Our first thoughts, were a little mixed, we didn’t want to disappoint, but presently we have a few out of stock issues, whilst not ideal, we are not the only business in the world to be faced with the problem of running out of popular products. When stuff happens beyond your control you just need to try and do your best in the meantime and make things work to the best of your ability, that’s life. We wrote back with a standard, “We can supply you a Nomad 20, but unfortunately the Yeti 400 is such a popular and amazing product we are out of stock for the next two-three weeks, sadly it won’t make it in time for Bryce’s birthday.” We felt bad we couldn’t deliver, but sometimes you just need to be patient and wait, the Yeti’s are coming! We promise!

Fast-forward to Friday 14th October, and sometimes the universe just makes way for Birthday wishes to come true. If we rewind a few months back, we had a truck deliver some Yeti’s and a few Yeti 400’s boxes were damaged and then moved to a separate part of our warehouse. The Yeti’s were still perfect inside and working as per normal, but the boxes had a few dents. We moved on the other Yeti’s, but we forgot we actually had one left! A day after we received the email from Action Gear, our warehouse had a spring clean and in due course we stumbled across the last Yeti we had, we knew it was destined for Bryce, the timing was meant to be. However, by this stage we have the problem of shipping the present to Cairns for the Friday birthday… Well, the story gets even better… Our director, Adrian, happened to be driving through Cairns on his birthday, so we knocked on the front door and said, “Hello Bryce, happy birthday from Action Gear and Goal Zero!”

And that’s the story of how Bryce got a Yeti for his birthday! Sometimes the universe just aligns perfectly.